The Walt Disney Studios along with other film production companies including Paramount Pictures, DreamWorks Studios are continuously upgrading their encryption technology to prevent their DVDs movies from being copied. New encrypted DVDs are most likely to have as many as 99 titles, most of which are fake with exactly the same length. You will probably get such DVDs to be out of sequence after ripping. This is possible because your DVD is tricking the DVD ripper and you will have to check the right title for ripping.

Also, DVDs like P90X3 from Beachbody (other Beachbody workouts, say, CIZE, INSANITY MAX:30, PiYo, 21 Day Fix, etc, are likely to have two or more routines in each disc, but I am not sure. ) and others with two more episodes, all DVD rippers, as far as I know, only pick up one title for ripping. For other episodes, parts, or routines you want to rip, you will have to check titles yourself.

Disney DVDs are most likely to give you trouble. But, don’t worry, today, I’m gonna show you a common way to check correct DVD titles for ripping on PC, Mac, and Linux.

VLC Media Player is recommended here as the free tool to detect the right titles before ripping because it is cross-platform and is available on PC, Mac, and Linux. And, it’s even available on Android and iOS.

However, other DVD players like my default one MPC-HC and the top downloads from CNET like, KMPlayer, INNA player, 5KPlayer are also very helpful.

How to Check Correct DVD Title on Windows

Please follow the above download link for windows, install and launch VLC Media Player. Insert your DVD into your DVD drive.

We will have to go Media, Open Disc, and click  Play to play DVD. 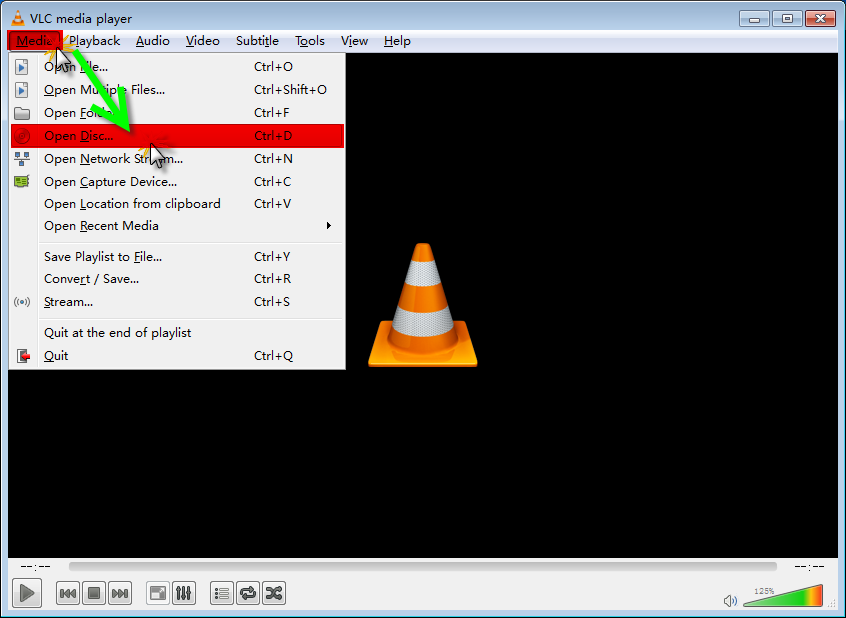 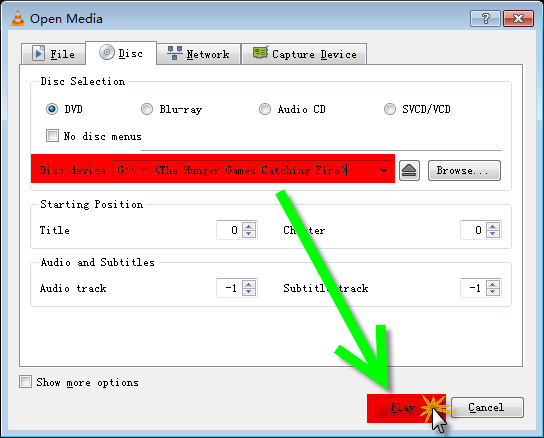 FYI, the drop-down menu in the Disc device in the VLC player offers quick access to different DVDs in other drives.

The VLC player goes directly to the DVD menu of Hunger Games Catching Fire. I have tested a few other DVDs like Dawn of the Planet of the Apes, Iron Man 3, kids movie RIO 2, the workout DVD P90X3, they go directly to the DVD menu. And this is another reason why VLC is recommended as it seems to default to go the DVD menu without your clicking DVD Control and manually go the DVD Title menu, making it the top choice to get the right title and saves you a few clicks and some time. But just in case of other DVDs, you may have to go to the DVD Menu. 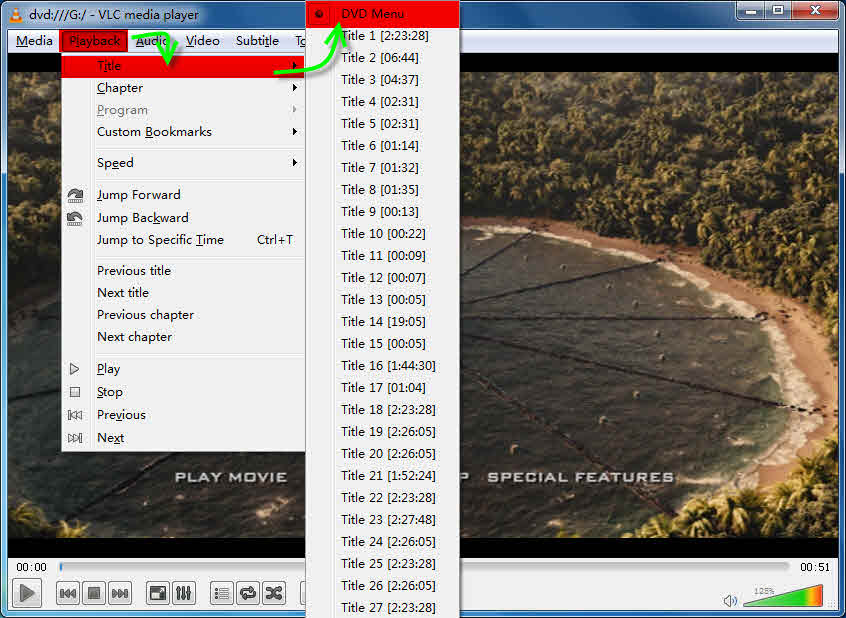 Then go PLAY MOVIE to play the main DVD movie: 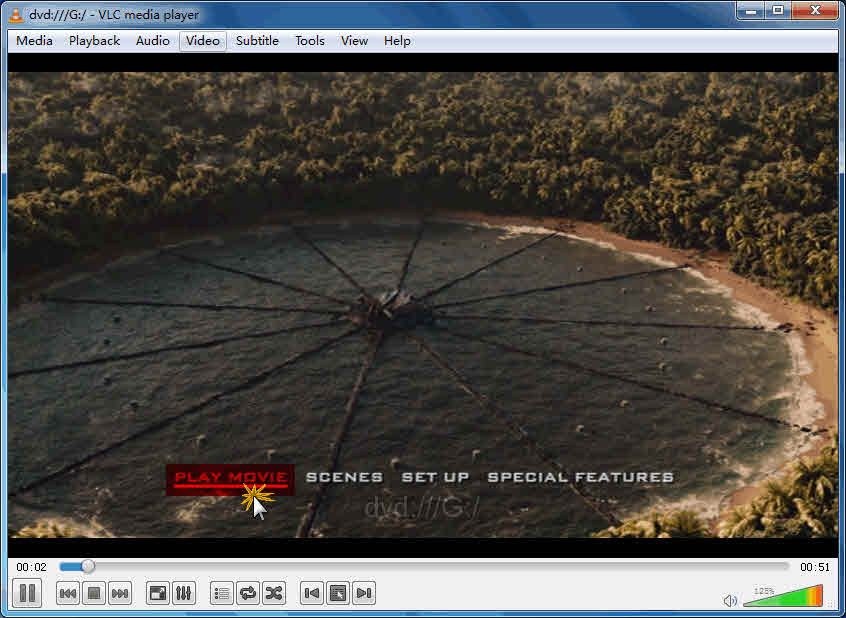 Note: Some DVDs will just show PLAY or FAST PLAY, something like that. There are DVDs that only show a preview of each episode, you will then have to click the episode before you check the title number in the next step.

In the VLC player, we need to go Playback->Title to check the title that is being played. Make sure the main movie instead of a bonus or ad is playing. 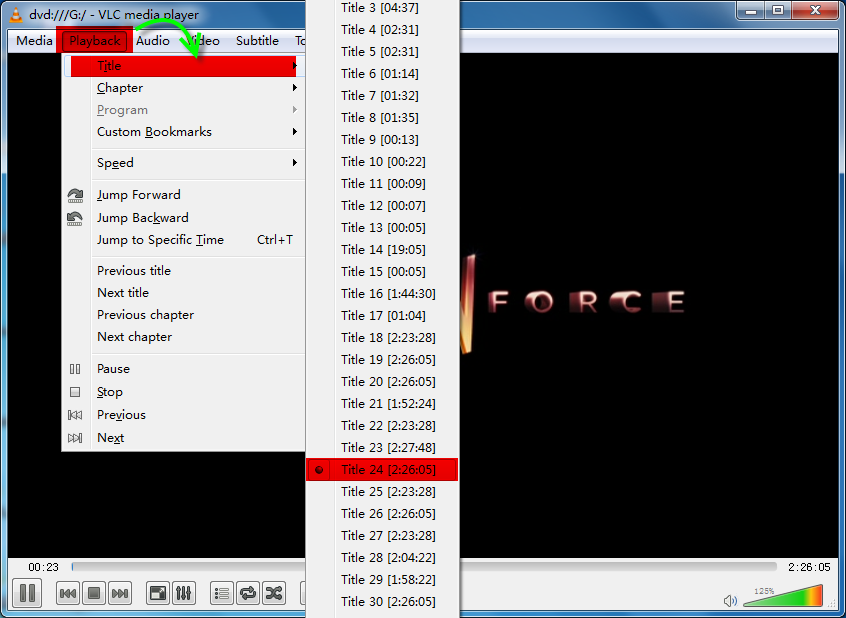 How to Check Correct DVD Title on macOS

Checking the right DVD title with VLC Media Player on macOS is almost the same as we do on Windows. And, VLC is fully compatible with Apple Silicon Macs with native support.

Go File-Open Disc. Or the Open Media button on the main UI. 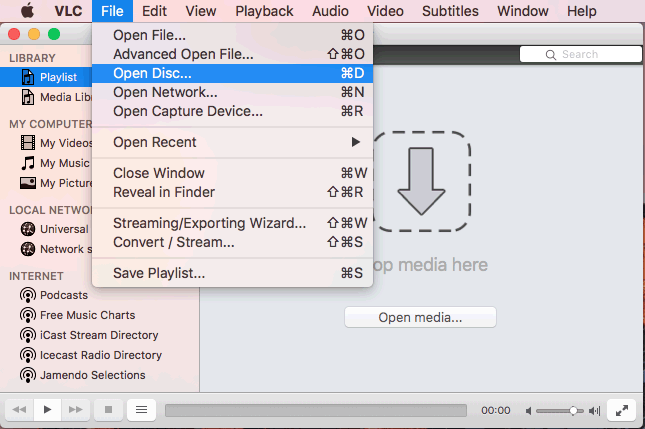 Select the DVD in your DVD drive: 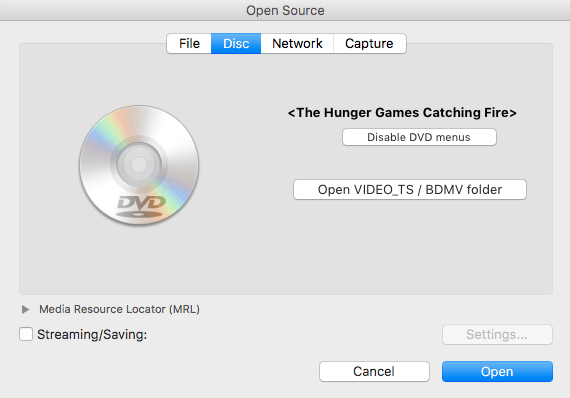 The VLC player goes directly to the DVD menu of Hunger Games Catching Fire as well as some other DVDs like Inside Out, Cars 3. If NOT, go Playback-Title-DVD menu for quick access. The reason we need to do quick access to the DVD menu is we don’t have to wait for the bonus or ads and we can then go directly to the main movie so what we are going to rip would be all right. For Hunger Games Catching Fire, we just need to click on Play Movie and VLC will take you to the main DVD content. 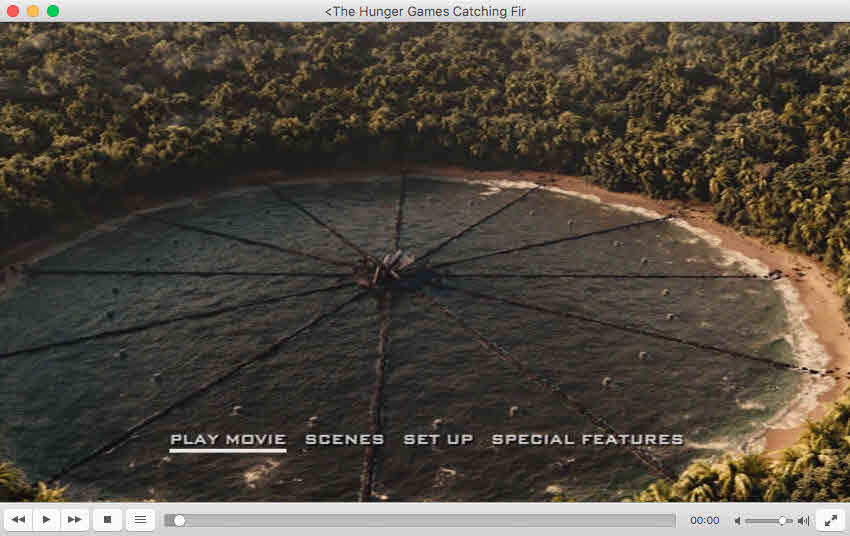 Go Playback-Title to see what is the current title being played. 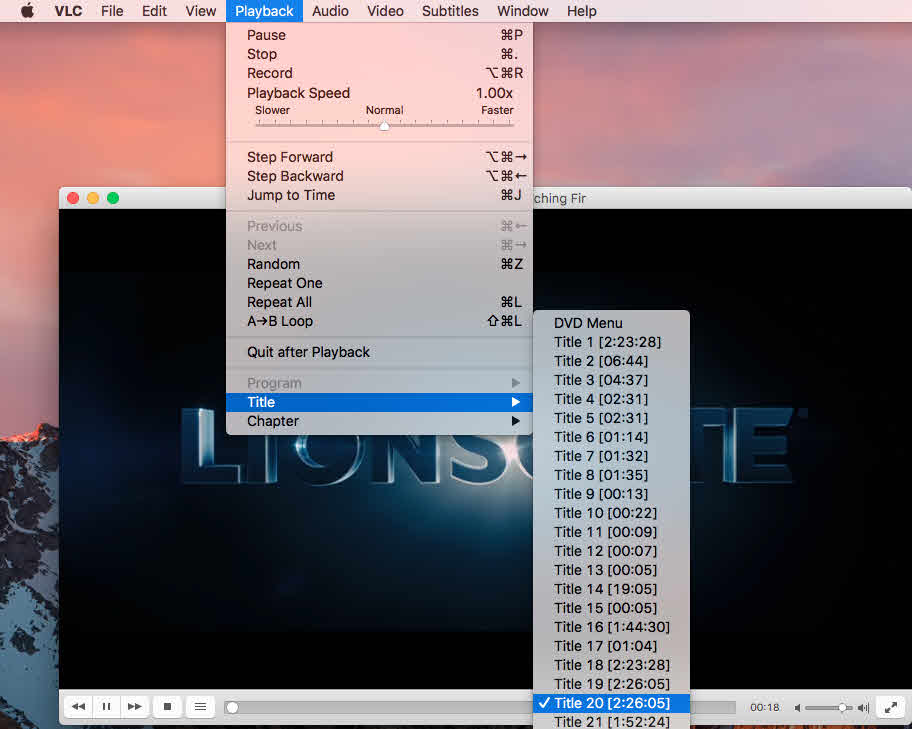 Check the YouTube tutorial on how to detect the correct title for DVD ripping. It’s for PC and Mac.

There are some tips for you guys:

After the right title is confirmed, ripping seems to be a lot easier! However, the title is only one kind of many DVD protections there! Here I’d like to recommend a couple of the best DVD ripping programs that are good at decrypting protected DVDs for both PC and Mac users.

Leawo DVD Ripper is part of its total media converter called Leawo Prof. Media. You can use only the DVD ripper part while other parts remain in a trial. Leawo DVD Ripper is 64 bit and it is fully compatible with the latest macOS.

AnyMP4 is one of the first that updates its DVD ripping solution to 64 bit. So it is fully compatible with the latest macOS and Windows.

AnyMP4 DVD Ripper is one of the best DVD ripping solutions with the support of different kinds of copy protections like CSS and region code. And it supports all protected DVDs from all kinds of DVD manufacturers like Disney, Pixar, Paramount, etc.

Ripping DVDs to 3D videos to enjoy on VR devices and splitting DVDs into chapters are two of the unique features in AnyMP4 DVD Ripper. They are really impressive.

Being in the market for over a decade, DVDFab is believed to be the most powerful ripping solution for both DVD and Bluray with all kinds of copy protections supported.

DVDFab is meticulous in DVD ripping and it offers user-friendly settings and ripping DVDs with or without commentary is one of the features that I think is practical.

WinX DVD Ripper should be recommended here. This tool can auto detect the correct main title from fake ones. I once used it to rip Iron Man 3 DVD which has 99 titles. It chose the real main movie for me and ripped it without errors.

Sure. I will do a review first before I add it.

Actually there is a small issue. On Handbrake for eg, the title do not share the same name as in VCL. How to be sure ? counting from the top for the right number seems bound for failure( considering they are probably the preview etc. to add to the count).

Um, I don’t use Handbrake for DVD ripping. It didn’t work quite well for me. So, it’s not a problem for me at all.
Why don’t you use MakeMKV? It works much better and it’s free too.