I have a Blu-ray drive on my Windows 10 and some Blu-ray discs, I rarely play those Blu-rays even they are 1080P FHD videos, which are much better than DVDs. Blu-rays are still too much for people like me to have a large collection. But I do want to play them sometimes and make backups of them, which would be great. I am new to Blu-ray and have questions, but I think I have somehow found the answers and there are my ideas about how to play Bluray as well as DVD discs on PC and Mac, etc.

Powered by XBMC, Leawo Blu-ray Player is an all-in-one movie player for both Windows and Mac.

Except for the ability to play Blu-ray, Leawo Blu-ray Player is also able to play DVDs, HD videos, audio and ISO files on your PC and Mac in lossless quality.

It was once a paid program but now 100% free to play all Blu-ray discs with handy experience. As you can see from the below user interface of Leawo Blu-ray Player, it is simple and straightforward! 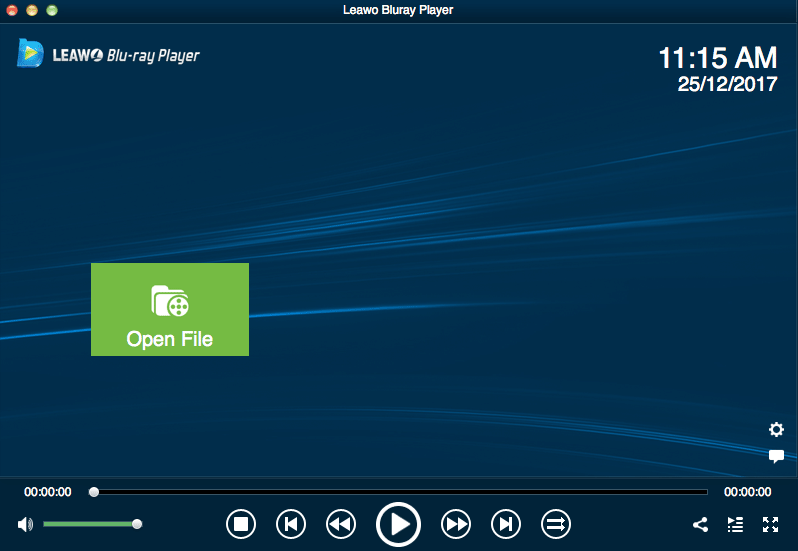 Playing Bluray and DVD disc with Leawo Bluray Player is free and extremely easy. Below is a quick guide on how to play Bluray as well as DVDs on Windows 10, macOS Catalina free:

Once you insert your Bluray disc, Leawo Bluray Player automatically loads it and shows you right on the main UI. Click the disc icon for the direct playback: 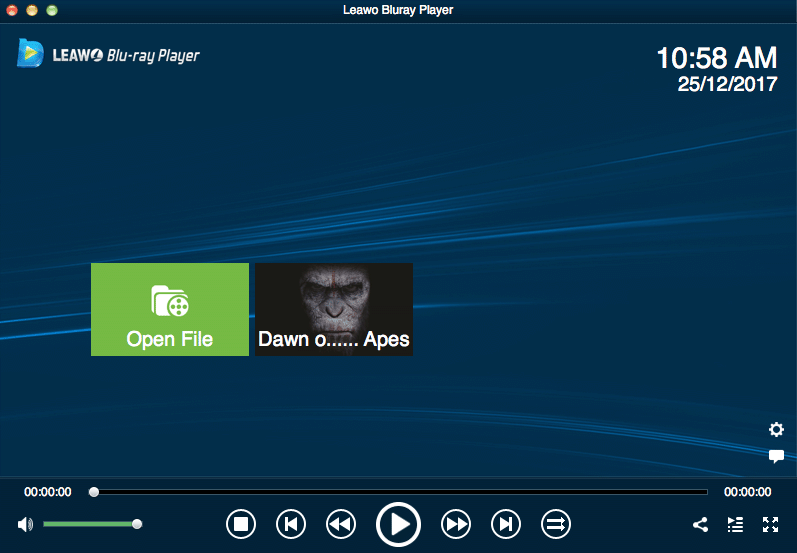 Like DVDs, Blu-rays are also discs. They are expensive and should be extremely carefully treated. Keep them away from kids! I promise you kids will scratch your Blu-rays and destroy them. So for whatever purpose, I strongly recommend you to backup your Blu-rays. You are either backup your Blu-ray disc to another Blu-ray disc so as to play Bluray on any Bluray player or rip Bluray to MP4/MKV to play Bluray on any media player.

Copy Bluray to Another Bluray for any Bluray Player

Leawo Bluray Copy is the very AnyDVD HD alternative that also works as a Blu-ray and DVD decrypter and copier that decrypts protected Blu-rays to unprotected Blu-ray disc, folder or ISO format. The backup disc is region free and can be used on any Bluray player for playback, including ones that hooked to your TV.

You can also Shrink BD50 to BD25 with Leawo Bluray Copy. 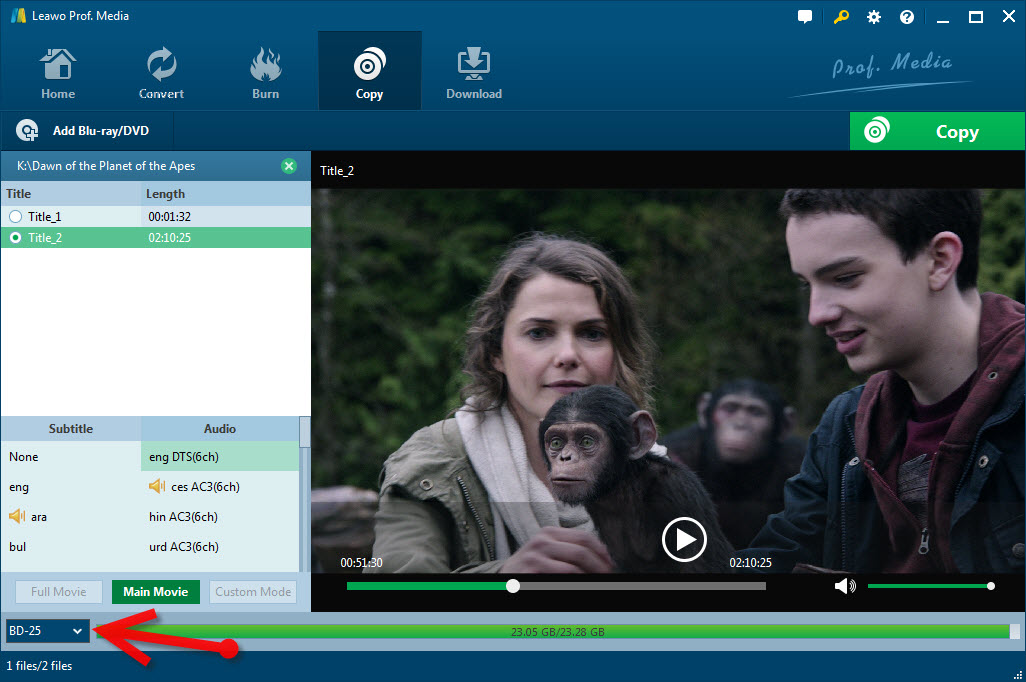 Besides, Leawo Bluray Copy also works for DVDs. And you are even able to compress Blurays to DVDs but I just don’t recommend so as it loses quality.

Rip Bluray to HDD to Play Bluray on any Player

You are also able to rip and convert Bluray discs to MP4, MKV, AVI, WMV so as to play Bluray on almost all media players and I’d like to recommend INNA for macOS users and MPC-HC for Windows users.

So how can we rip and convert protected Bluray disc to MP4, MKV, AVI, etc? I’d like to recommend Leawo Bluray Ripper.

Leawo Bluray Ripper and Leawo Bluray Copy are functioning modules of Leawo’s all-in-one program called Leawo Prof. Media. You don’t have to purchase all modules but a single function module to meet your needs. Leawo Bluray Ripper is just the very program that enables you to play Bluray disc on any media player on your PC and Mac or iPhone/iPad/Apple TV as well as other devices from Google, Sony, HTC and even VR Headsets by removing restrictions from Blu-ray disc and convert to MP4 MKV AVI, etc. 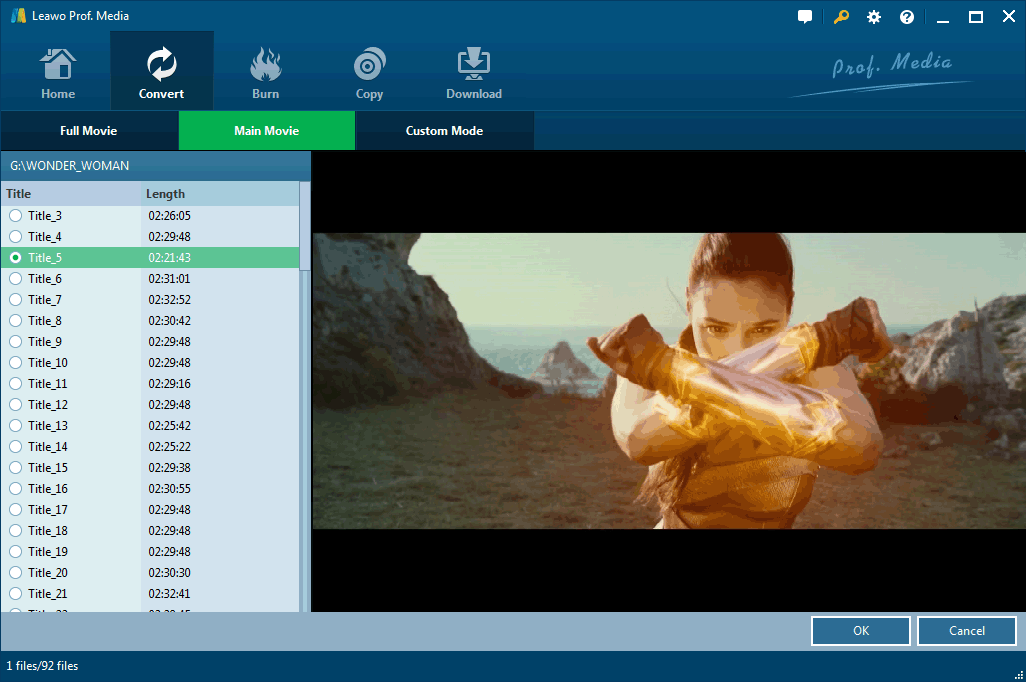 Question: Can I Play a Blu-ray Disc on a DVD Player?

Question: Can I play every Blu-ray disc if I have a Blu-ray drive?

I’m afraid the answer is NO either. If your computer came with a Blu-ray drive, you should already have some sort of Blu-ray-capable software on your computer. Along with the Blu-ray drive, you are supposed to have a program, generally a Blu-ray player, to enable Blu-ray playback on Windows. However, they are either clumsy or not user-friendly at all. Also, you are not supposed to play any Blu-ray with the default player and that is why I suggest Leawo Blu-ray Player. 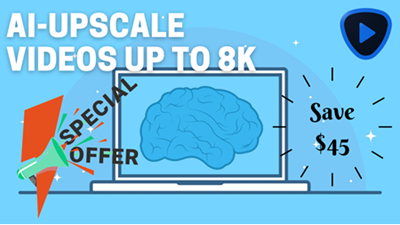